“After seeing your advert for the Kapten Boat Collar, I thought this may be something worth checking out. It has been the best improvement I have made – and by a long way, too.

I have not had the boat outside the Gold Coast Broadwater yet so cannot comment on its performance at sea. However, I can truly say that the improvement on the Broadwater has been nothing but fantastic.

Three of the worst things I would experience were the wakes from 40 foot plus boats, choppy water depending on tide run and wind and the good old tinnie slap.

I would have to power down and turn the bow into the wake of an oncoming big boat, ease over it and then turn back to my original heading. Following similar boats also had its difficulties where the boat felt it would to broach. Now I power on with no problem and keep my course with a steady and stable boat – fantastic.

The choppy water especially where the Coomera river north arm meets the Broadwater – anyone sitting in the back of the boat was sure to get wet. I also had to power down to keep the boat steady. Now no worries, keep up the same speed and course with dry mates – fantastic. 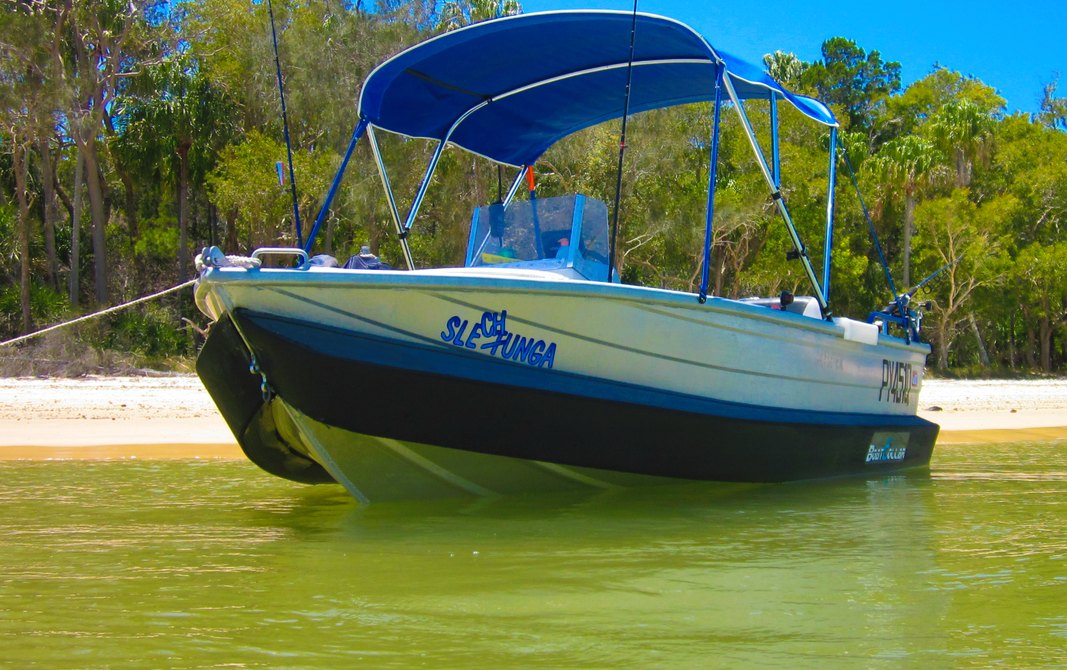 The tinnie slap has gone. The boat is not as noisy as before and the ride a lot smoother. I took it through the chop at Jumpin pin close to the ocean inlet and was amazed how well it performed even side on with the waves. My passenger thought it was swim time when a wave was building on his left with a height above his head and could not believe how easy the boat handled it without a drop of water on board.

As for the boat being steady when fishing, I have been pleasantly surprised. I took a friend and his two young kids out for a fish. It was their first time out. I explained the procedures and safety issues with them prior to going out. Hate to have a kid fall out when the boat tipped. We were at anchor with lines in the water. In their excitement, they and dad were moving about the boat like it was an aircraft carrier. I was about to remind them of our earlier brief but the boat was so steady I let it go by and they had a ball and caught fish.

I thought I may lose speed with the added surface area in contact with the water but according to my Navionics tracking, I have not lost any speed.

When one spends money on something and it does not meet with expectations, you get cranky. When it meets expectations you reckon it was a good buy.

So how do you comment on that purchase being far better than your expectations? Pat, whatever that comment is, you top it. Thanks for a great innovation and product.